We’ve always believed that low-mileage, low-risk drivers deserve car insurance at a lower cost. Join us as we run through the ins and outs of policies that charge on a per-mile basis.

A pay-per-mile policy could work for you if any of the following seem familiar:

Aside from the premiums (which seem to creep up all the time) it can feel like very little changes in the world of car insurance. But, as we’ve seen in plenty of other areas of modern life, advances in technology eventually shake things up. Now, that moment has arrived for car insurance.

The technology that makes it possible to pay your car insurance by the mile is called 'telematics' – describing the ability to capture data about our driving habits. Devices fitted in your car send data (which can include where, when and how far you drive) and that gives insurers a more detailed picture of their customers, so they can be smarter and fairer about the way they charge for insurance.

The logic of pay as you go car insurance

Pay-per-mile insurance is a fairly new concept, but the basic idea behind it is familiar. Just think of your mobile phone. If you don’t make a lot of calls or use a lot of data, you’re not going to want to sign an expensive 24-month contract that provides millions of minutes or megabytes. You’ll be more likely to go for a pay as you go option.

Imagine you could do the same with car insurance. Instead of paying premiums that stay more or less the same, you could base your insurance costs on how much you actually drive. Simple, right? Well that’s what pay-per-mile car insurance is all about.

Is it for everyone?

No. For drivers that spend a lot of time behind the wheel, traditional insurance could still be the better option.

If that weren’t the case, we wouldn’t exist. We started By Miles because we think the pay-per-mile model is fairer for people that don't drive much. In our opinion, traditional insurance is overpriced for low-mileage drivers and – as a result – they end up subsidising the premiums for higher mileage drivers.

Don’t believe us? If you put in an estimate of 7,000 miles or under when you filled out the form for your renewal this year, see what happens if you try increasing your annual mileage by a few thousand on your traditional car insurance policy. You’ll probably find that the price won’t change much, showing that you’re probably already paying an over-inflated premium.

So if you’re an occasional driver, a usage-based car insurance policy is potentially a way you can cut the cost of your premium.

Who saves money with pay as you go car insurance?

Obviously, paying by the mile works out cheaper the less you drive – but, when it comes to your monthly driving, what’s a lot and what’s a little? We designed our policies to work for people that drive under 7,000 miles a year (140 miles a week).

But as 1 in 4 people guess their annual mileage, as nobody really seems to know how far they actually drive each year, it’s probably more useful to look at the habits that make for a low mileage driver.

You may benefit from a pay-by-mile car policy if: 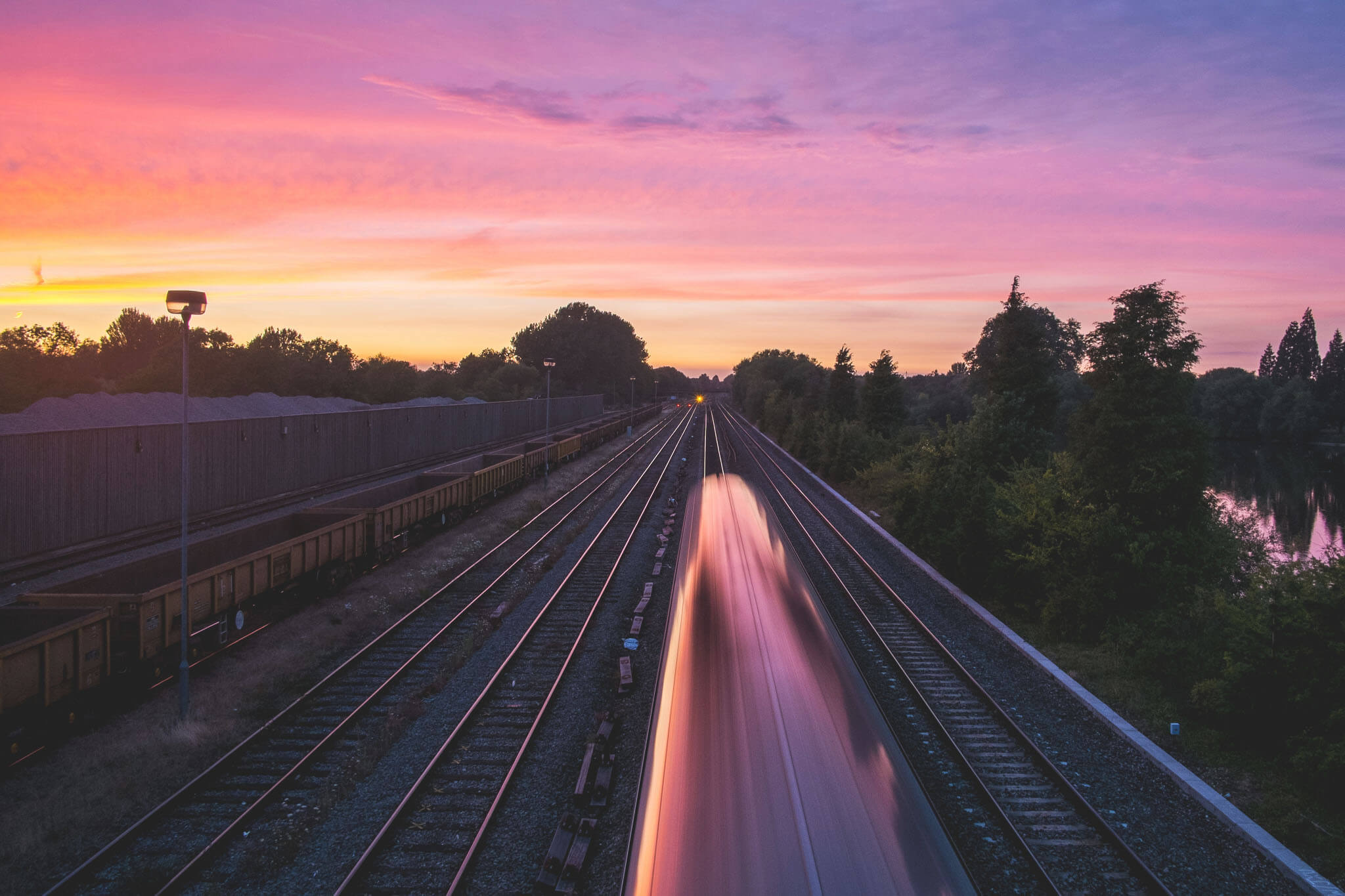 In the UK, 32% of us travel to work while leaving the car at home. This trend is part of the reason there's been a whopping 57% increase in UK rail journeys since 2006 and a fall in car use per person since 2002.

So if your car's parked outside your house most of the week, you’re probably not getting the best value out of your car insurance. Even if you do commute by car, if you only travel a short distance pay-per-mile might still be an option.

2. You only drive short distances

Even if you do drive regularly, if it’s only for short distances there’s a chance you’re overpaying with a policy that doesn’t charge you by the mile.

In our trial, 65% of the journeys were under five miles. And it's not just us who think that driving under 25 miles a day should qualify you for cheaper insurance, it's even made the papers!

3. You only do occasional long trips 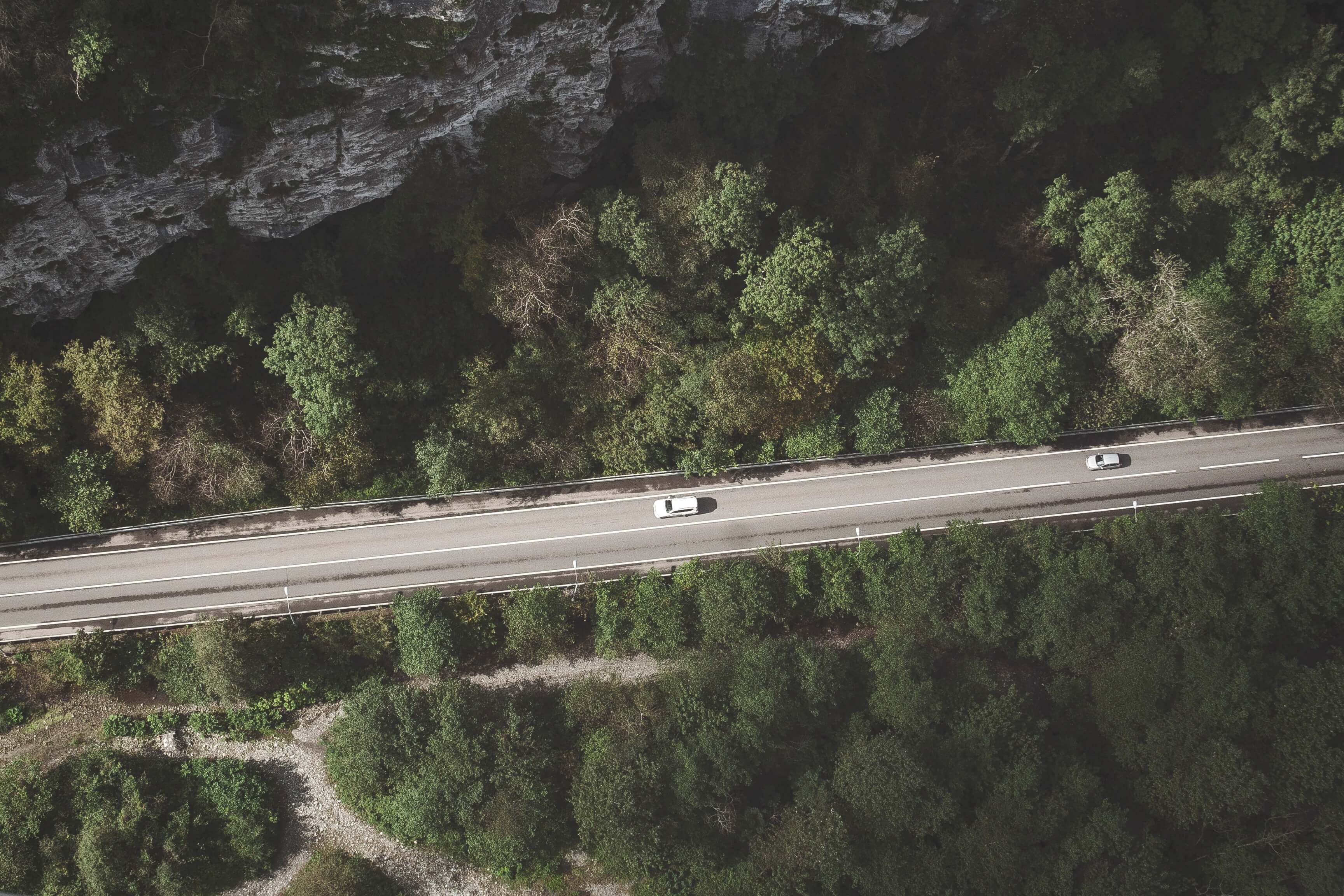 We can’t speak for all insurers, but at By Miles there’s a cap on the miles you can be charged for in a day. It’s 150. That’s quite a way.

If you do have to go through the hassle of making a 300 mile trip (and constant “are we nearly there yet?” moans from the back seat) at least you know it’s half price.

4. You do most of your driving at the weekends

Pay-per-mile could work for you if you’re only on the road two days a week. And that doesn't mean you can only do short weekend trips. Even if you’re tempted to head out on an epic summer road trip, with our daily mileage cap (as mentioned above), you can drive as far as you like but you’ll never pay a penny more after the first 150 miles. Drivers on our pay-per-mile trial were pretty keen on driving at weekends, with 39% of all journeys happening on a Saturday or Sunday.

5. You’re often away from home 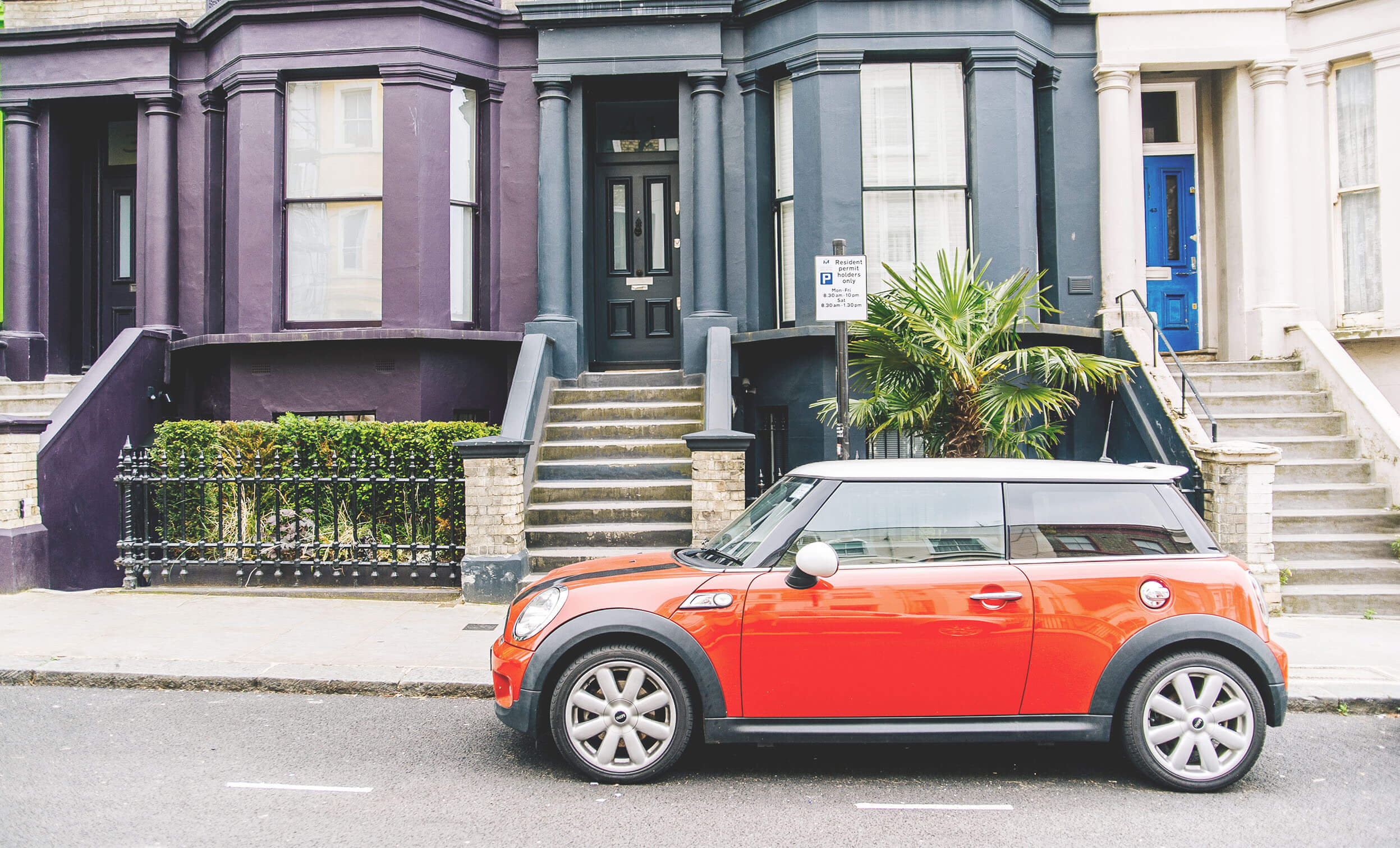 With a traditional policy you still pay the same cost to insure your car when it’s sat parked outside your house, even when you’re off on a trip.

Whether it’s business or pleasure, time away from your vehicle can bring down your mileage and increase your chances of saving with a telematics policy – and trends in Government data show that overseas visits are the rise.

6. You have more than one car

Perhaps one of your vehicles gets a lot of use while the other only sees the occasional run around? If that’s the case, a pay as you drive policy could be a good way to get better value. Aside from the fixed annual cost, you won’t be charged a penny when you don’t drive.

If you’re a bit of a spontaneous driver, it may not make sense to buy a policy that’s priced on the assumption you’ll drive the same way throughout the year.

With a pay-per-mile policy you can roll from month to month paying as you drive, you can manage your policy using your smartphone and, of course, you can save when you’re not driving much. 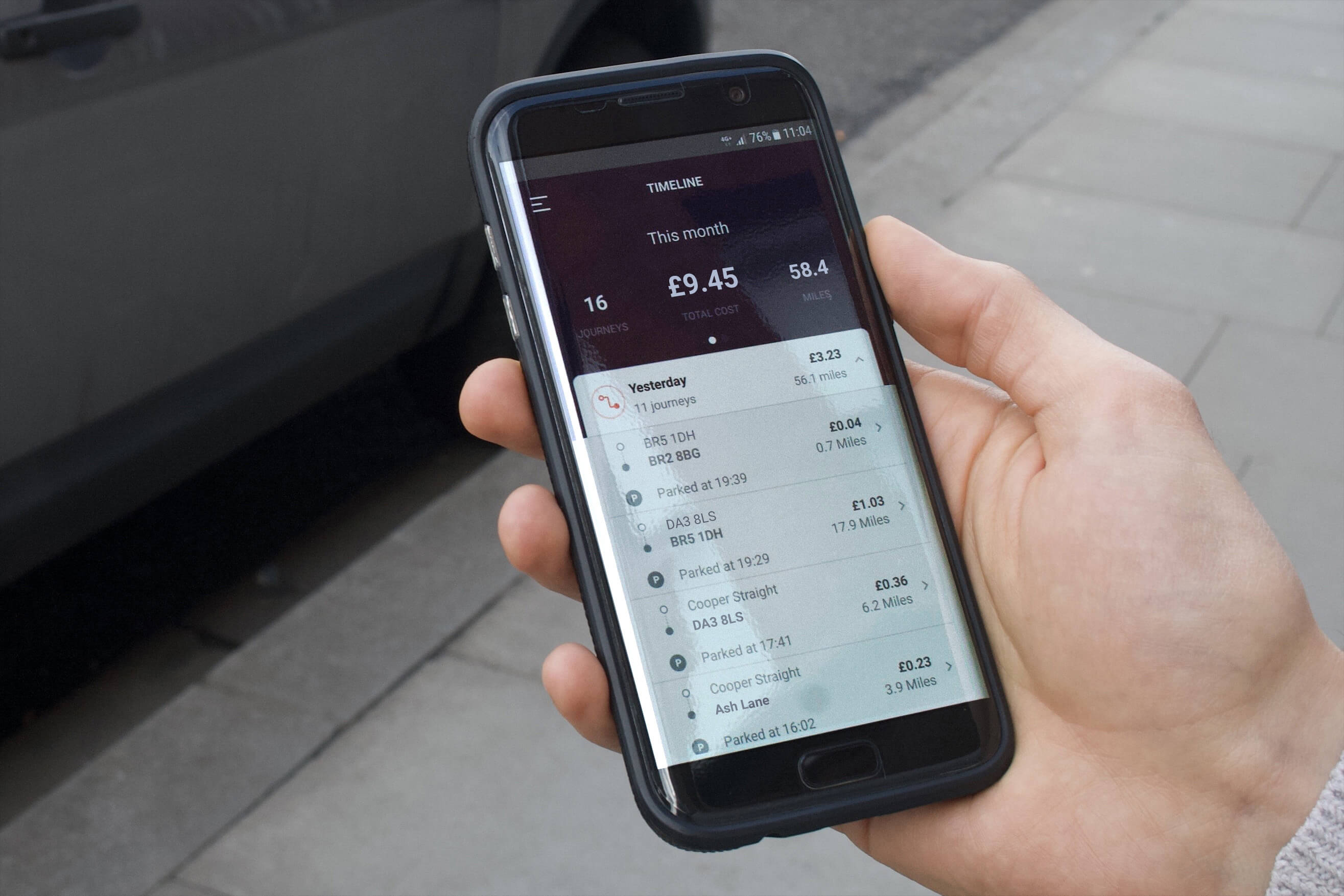 Technology is helping people better manage their spending. Now the same can apply to how you insure your vehicle. If you’re on a budget, a pay as you drive policy gives you the option of lowering your insurance costs by taking your car out less. Using our app you can monitor your mileage – and bills – in real time.

9. You use your car infrequently

In the UK it’s a legal requirement to have your car insured, whether you’re driving it or not – unless you’ve registered it with the Driver & Vehicle Licensing Agency as off the road.

If you really don’t drive your car much and it’s just sat in your garage or on a private driveway gathering dust, then you might want to consider declaring it SORN (this is the DVLA shorthand for 'Statutory Off Road Notification'). But if you don’t have the option of keeping it off-road or you want to avoid the hassle of re-registering for car tax and sorting short term cover, then pay-per-mile car insurance might be a cost-effective alternative for you.

As we mentioned at the top of this article, pay as you go insurance is driven by technology.

This technology has other uses than just tracking the miles you’ve driven. Our Miles Tracker (the telematics device we provide for our customers) can also be used to locate your car if it’s lost or stolen.

The same technology will also monitor your car’s performance, letting you know if there are any problems you need to have looked at. And by catching issues early, it can help reduce your maintenance costs.

Now you know how pay-per-mile car insurance works, you should have a good idea about whether you’re the type of driver it might benefit. If you are, sign up to our waiting list and we’ll let you know when you can get your first quote.