On the topic of pay-per-mile road tax, we’ve learned over the past year that it’s possible to drive less if we need to, and that the knock-on effects for the environment are extremely positive.

It would be foolish to ignore the facts. The recent improvement in air quality has helped to save the lives of those with pre-existing health conditions, with as many as 11,000 deaths avoided in Europe. CO2 emissions fell by 17% globally during the Coronavirus outbreak – the lowest level seen since 2006. In Wuhan, there was a 63% reduction in nitrogen dioxide concentrations while the capital was in lockdown.

Closer to home, The UK’s emissions dropped to a hundred-year low during lockdown and London’s carbon emissions fell by 59%, thanks to fewer car journeys being made throughout the capital city.

We spoke to UK drivers and found that 72% of them plan to cut their mileage to reduce emissions now that lockdown is easing, but 93% feel that it’s hard to do. As a society that should be thinking about the future as much as the present, we need to continue this trend of lowering emissions by driving less, insisting on financial incentives for drivers to do so, and demanding that official advice around lowering carbon emissions becomes more readily available.

So how do we encourage UK drivers to drive less? 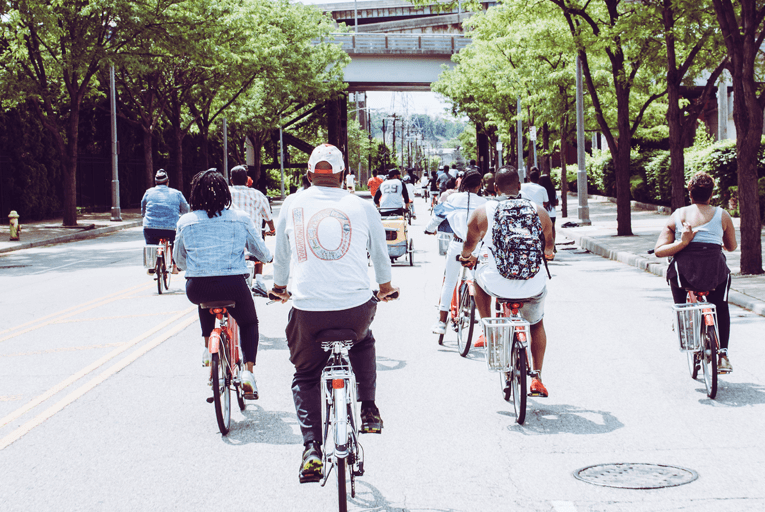 According to the results of our survey, only 49% of drivers are aware that short journeys of under a mile are the most polluting, while just 46% of drivers realise that transport is the biggest contributor to UK carbon emissions. This is the kind of information that should be known to anyone driving a car, so that they can make better-informed decisions before getting behind the wheel.

Back in April 2017, the Government changed the way new vehicles were taxed. The tax bands they introduced for Vehicle Excise Duty (known as VED) made it much less cost-effective to own a hybrid vehicle, and even more expensive to run low-emission petrol or diesel cars. Basically, unless you’re buying a purely electric vehicle costing under £40,000, it’s become a lot pricier to tax a newer car, so it’s very much incentivising the purchase of greener vehicles.

The Government is continuing to follow this trend as they try to improve the VED system, launching a recent consultation, but this plan actually creates more problems than it solves. VED raised £6.5 billion for the Treasury in 2019-20 – if the increasing number of hybrid and electric car owners pay less road tax, or none at all, where does this money come from?

In terms of where the money goes, contrary to popular belief, it’s not currently ring-fenced for roads. The Government said that they’d planned to establish a road fund by 2020, reviving the ‘road tax’ that Winston Churchill abolished in 1937. This would have meant car tax would actually be spent specifically on road maintenance and transport infrastructure, which would benefit all road users and enable us to improve public transport systems too.

We believe it’s essential to raise money somehow that can be used specifically to pay for the upkeep of roads, to improve public transport infrastructure and to support initiatives like establishing more cycle lanes, low traffic neighbourhoods and pedestrianised streets. This will encourage less driving in the long run, support people choosing other ways to get around, and help to reduce emissions.

With their price point at the upper end of the scale, not everyone can afford to drive a cleaner, greener, electric or hybrid car. The strategy to reduce or scrap road tax entirely for these cars is a decent incentive to switch if you’re choosing a new car, but it creates more problems than it solves in the long run, lumping all of the costs on non-electric drivers. After all, every car contributes to potholes and traffic, regardless of its emissions. It’s clear that the cost needs to be spread evenly across all drivers, and the fairest way to do that is with pay-per-mile car tax. 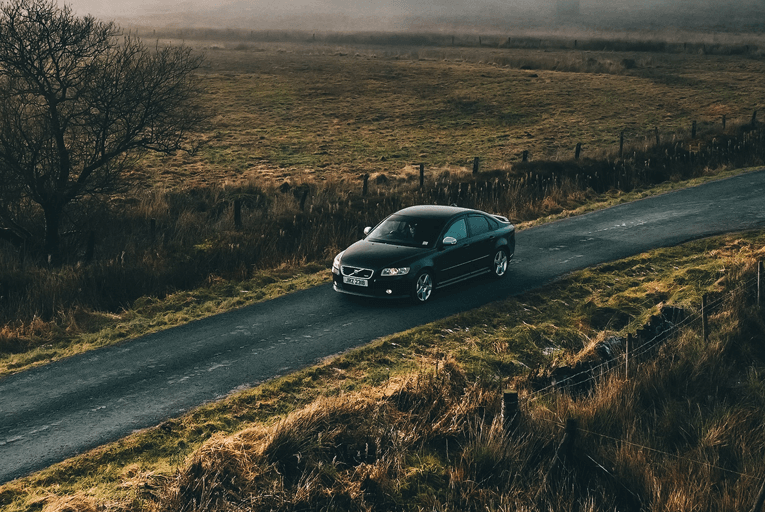 We’ve seen the president of the AA, Edmund King, call on the Government before to introduce a road mileage pricing scheme for drivers, after he predicted that drivers’ attitudes to transport will change after lockdown. He feels that now is the right time for more radical thinking to be introduced when it comes to the environmental impact of driving. We couldn’t agree more.

We think our car tax system is still broken, and it’s been broken for a long time. Despite changes being made to account for how green your vehicle is, we’re still using a one-size-fits-all approach that taxes everyone in the country a fixed amount, no matter how little they use their car right now.

We don’t think that’s fair, and it doesn’t encourage anyone to use the roads less. High mileage drivers generate more emissions and cause more wear-and-tear to our highways; they should pay more towards the upkeep of our roads.

In the UK, motorists with cars over three years old already provide the DVLA with annual mileage readings during an MoT. Why not use this information to calculate their tax bill and charge them their car tax at the same time? 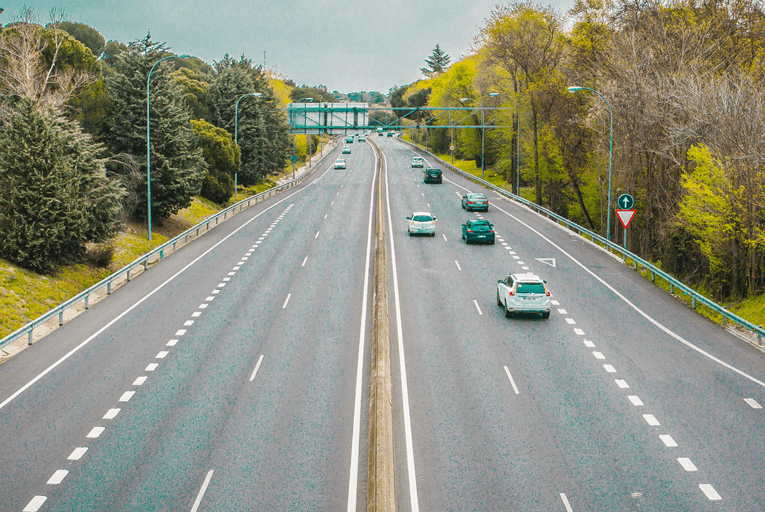 As our insurance policy charges people based on the number of miles they drive, we’ve already seen the difference it can make when you make people more conscious of using their cars, especially at the moment. 36 % of our members told us that they’ve driven less since starting their pay-by-mile policy, while 82% confirmed it was specifically the pay-as-you-drive aspect that’s influenced them to cut the number of miles they’re driving.

When you actually know the cost of those little drives to the supermarket or to pick the kids up from school in insurance (not to mention fuel), it makes the decision to walk or take public transport that much easier. Pay-per-mile car tax would not only give people more control over their spending, but it would also reward them for doing their bit for the environment.

The ULEZ charge in London is a good example of nudging drivers in the right direction, encouraging them to consider whether using the car is essential for every journey. It’s proven its success by encouraging vehicles that generate high emissions to steer clear of the city centre and reportedly cut the presence of the worst polluting vehicles by 35% since being introduced in July 2019.

The congestion charges were suspended during lockdown to help key workers with avoiding public transport, but the charges have now returned and increased to £15 per day, seven days a week. It’s a step in the right direction as it continues to be a disincentive to drive through the city unless absolutely necessary and gets drivers thinking more critically about each journey.

We should be inspired by the recent reduction in emissions in the UK, and other environmental initiatives in the past that have been successful about bringing about positive behavioural change, like the plastic bag tax. This made people acutely aware of every bag they use. Plastic bag sales in England’s ‘big seven’ supermarkets have dropped by 86% since the 5p plastic bag charge was introduced in 2015, which proves that these incentives really work.

Taking our plan for pay-per-mile road tax to Parliament.

We’ve launched a petition asking the Government for:

We’ve pulled together four reasons why we think a pay-per-mile car tax could save drivers money, improve congestion and help save the planet (as well as the people on it).

1. Better for the environment.

We’ve seen the benefits of driving less during lockdown. Charging car tax by the mile would persuade people to continue driving less and encourage more car sharing. This means lower CO2 and nitrous oxide emissions, resulting in cleaner air for everyone.

A pay-per-mile tariff could still include different tax bands to reward people driving more carbon-efficient or electric cars. But with contributions coming from all of the cars on the road, more money could go into providing better public transport, which in turn would lower congestion and cut carbon emissions.

2. Better for your wallet.

We believe that a pay-as-you-drive car tax would save many drivers money. For example, if you live near a city, you probably only drive occasionally, or travel short distances. Why should you be paying the same level of car tax as a travelling salesman whose motorway journeys clock up hundreds of miles each day?

For the frugal money saver, having the tax rate linked to mileage would give you the control to lower your tax bill if you wanted.

3. Better for the roads.

A pay-per-mile car tax system would help tackle traffic congestion. In 2008, a survey from the Institution of Civil Engineers showed that 60% of British motorists would prefer car tax to be charged by the mile, with over half of respondents saying that a pay-per-mile system would make them drive less. That’s got to be a good thing.

If all drivers were charged per mile, regardless of their vehicle type, everyone on the road would pay a fair contribution.

In the UK, it’s believed that between 1069 and 3,425 lives have been saved due to improved air quality during lockdown. Other avoided health impacts included fewer days of work absence, fewer new cases of asthma in children, avoided emergency room visits due to asthma attacks and fewer preterm births. A small decision to leave the car at home can have a huge impact on public health.

Driving less reduces the harmful effects of air pollution. It’s a no-brainer that we should carry forward the desire to be more environmentally-conscious into life after lockdown, and minimise the chances of reaching the same level of carbon emissions as before. Pay-per-mile road tax encourages this.

Let’s give this some serious thought.

We’re not claiming to have all the answers, but we think it’s vital we investigate a different approach to car tax. It’s time to move towards a fairer model for tax on the road that’s fit for the future, and we’ve launched a petition to call on the Government to adopt a fairer approach to lower mileage drivers, charging and taxing motorists for the miles they actually drive and rewarding those who drive less. 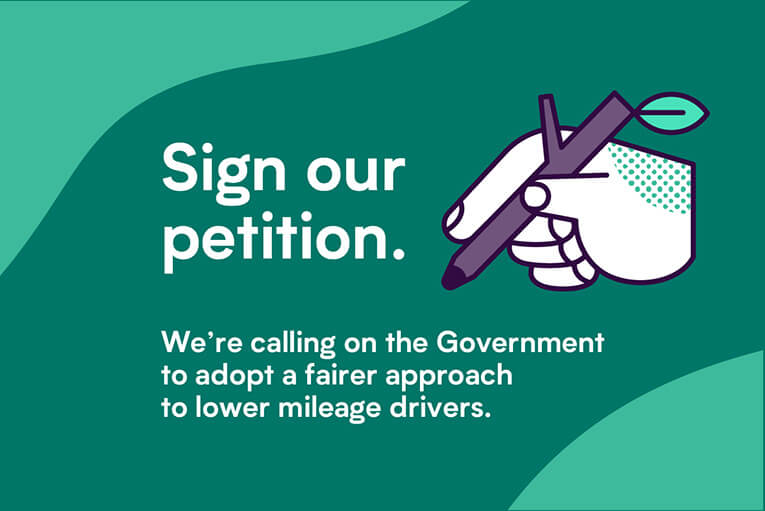 How many miles do you drive?

Find out exactly how many miles you drive by popping your reg plate into our quick quote and it will check your MoT history to see how much you drove last year.