As you settle down to watch a classic festive film (Love Actually for the third time this holiday season, obviously), naturally you’ll cast your mind towards your own family plans for the season. When you work in car insurance though, it’s hard not to find yourself subconsciously assessing the potential driving skills of the people on screen.

Love Actually is the greatest Christmas movie ever made, probably. It perfectly encapsulates the desire for people to spend time with loved ones during the holidays, despite the many complications that may arise along the way.

From watching the movie, we already know that Jamie (Colin Firth’s character) is a shocking driver. He’s easily distracted, wears a horrific turtle neck and even causes a collision by failing to look in his wing mirror before pulling out into traffic. Therefore, we can safely deduce that he is a garbage driver. If their marriage goes ahead, Aurelia needs to seek other modes of transportation to ensure her safety.

But what about the other characters? Although we don’t see all of them driving in the movie, they all have varying degrees of chaotic energy that allows us to accurately speculate about their perceived ability to control a vehicle.

So what kind of drivers do we think the characters in Love Actually are? 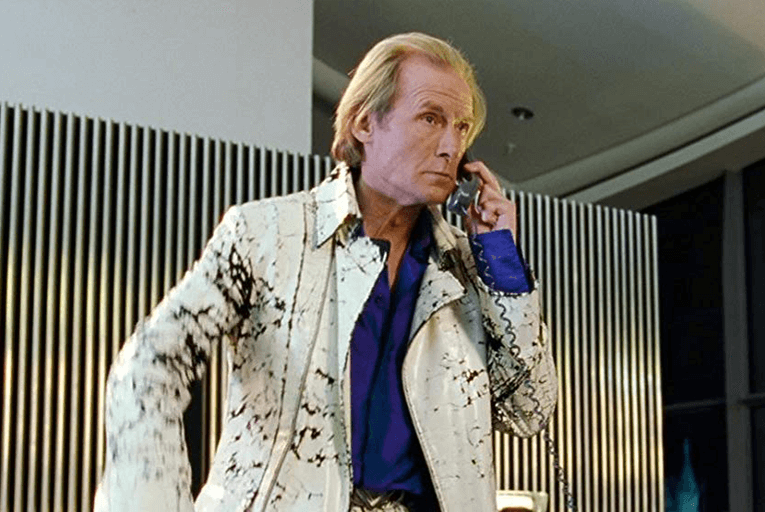 This is a man who very rarely drives because he looks down on the endeavour as a peasant-like act. On the rare occasion that Billy goes for a casual spin, he goes fully automatic, parks atrociously and never has spare change for parking because he doesn’t carry cash. “Carry cash? What am I, a bureau de change?”, he quips. Billy uses the horn frivolously and revs the engine for no reason other than traffic-light-induced boredom. 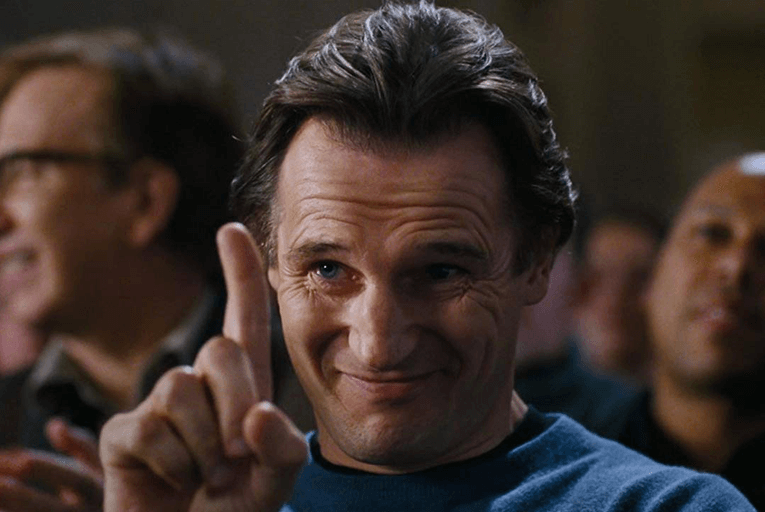 Recently bereaved, Daniel regularly goes for long drives to clear his mind. Unfortunately, everything in the car reminds him of Joanna. He takes corners very sharply and stays in a far lower gear than is reasonable because his head is elsewhere. Daniel relies on an aggressive beep from the car behind to inform him that the lights have turned green. He also opens the sunroof in winter and hasn’t checked the car’s tyre pressure in well over a decade. It’s unlikely Daniel’s car is going to pass its next MoT, and he knows it. 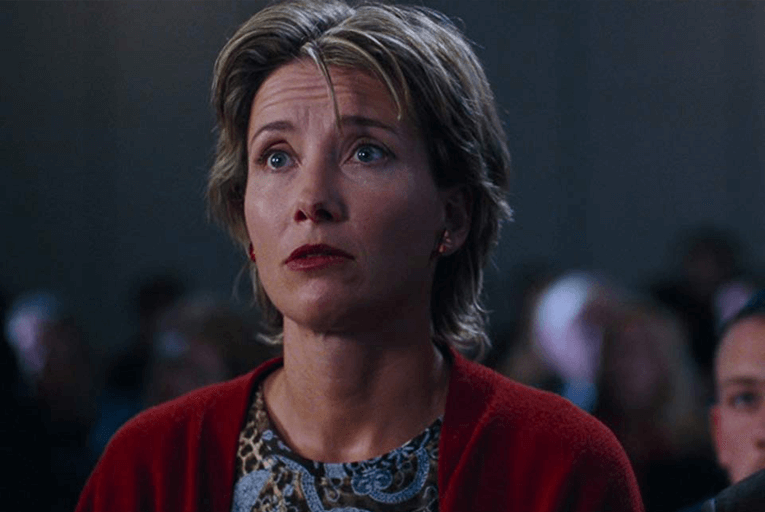 A driving instructor’s dream, Karen treats her fellow road users with the utmost respect. She never fills a yellow box and always keeps a spare set of jump leads in the boot, just in case. She regularly gets her car serviced and ensures that her tyres are well inflated. One time she rolled over an already-dead rat and felt guilty about it for six months. Easily her most endearing quality as a driver, Karen always has treats stashed in the glove box. Not even the rubbish ones, either. 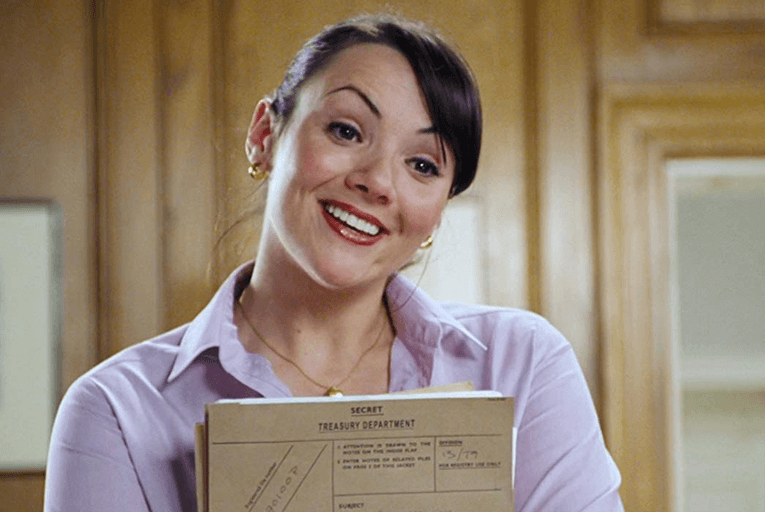 This tea-maker extraordinaire has undergone her driving test four times but failed in spectacular fashion with every try. Natalie gets flustered on the road. Calming features such as a furry steering wheel and eyelash-laden headlights do little to settle her nerves. She’s jittery and meek. Luckily, she has an adult scooter to rely on until such time as the driving test becomes significantly easier and puts less emphasis on actually driving and knowing what the various road signs mean. 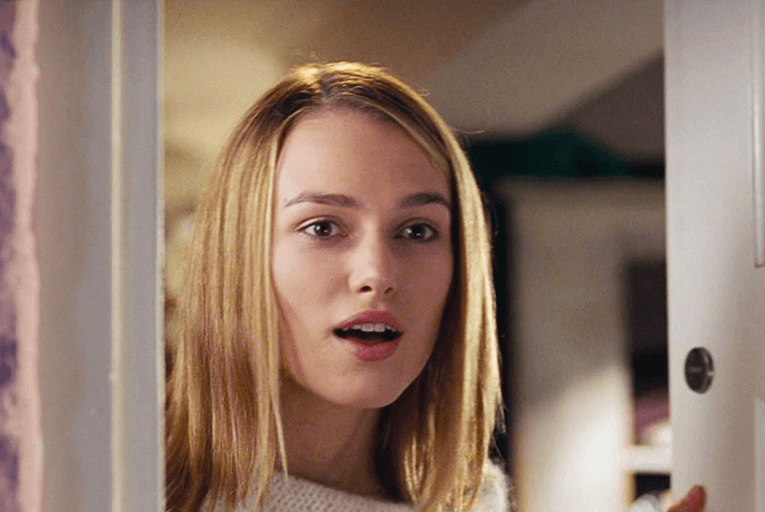 The smug bride of Love Actually avoids driving as much as possible. If she absolutely has to venture out, Juliet always drives her neat Toyota Yaris 10 miles below the speed limit. She parks in the space furthest away from the supermarket to avoid any bumps or scratches on her 1999 pale grey bandit. She pays her car tax two months early and never lets the petrol go any lower than a quarter tank full. Juliet has furry dice hanging from the rearview mirror and a wooden bead chair cover for posture reasons. 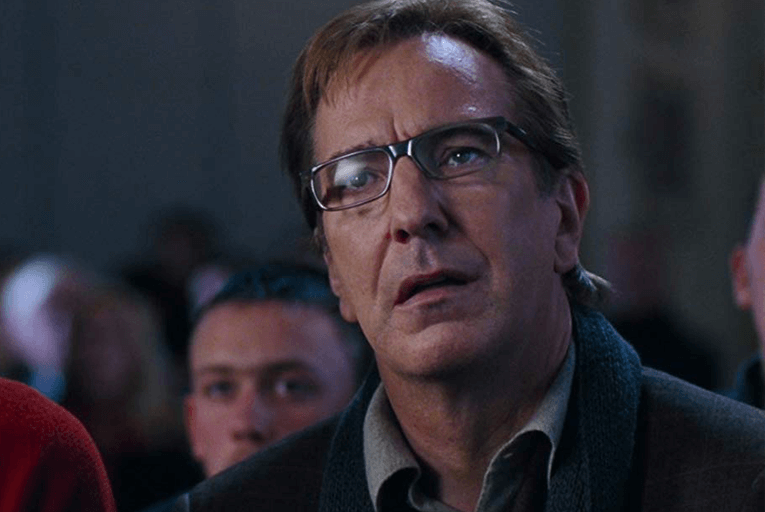 This slick sleazeball sees no issue in parking his brand new motor in disabled spaces “just for a few minutes” when there’s no one else around. He pays (then expenses) someone £10 to hoover his company car bi-annually and gets car washes on rainy days simply because he can. Harry gets the most expensive diesel at the petrol station and keeps his leather seats heated all year round. He is also a fervent climate change denier. 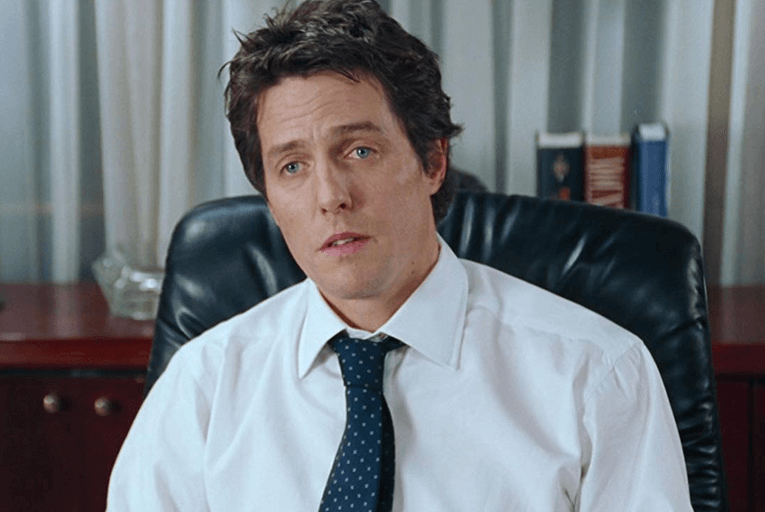 Officially discouraged from driving since taking up his new role, the PM (of the Love Actually cinematic universe) will sometimes sneak out the back door of 10 Downing Street for a cheeky trip to the drive thru. He’ll be forced to take a member of his security detail, but will make them sit in the back so that he can feel more independent on the open road. Given that it’s a new car, he’s still learning the sensitivity of the brakes and he can’t quite work out how to use the AC yet. He isn’t fully sure if it’s petrol or diesel, so it’s only a matter of time before he (or his assistant, more specifically) will end up claiming on insurance for misfuelling. 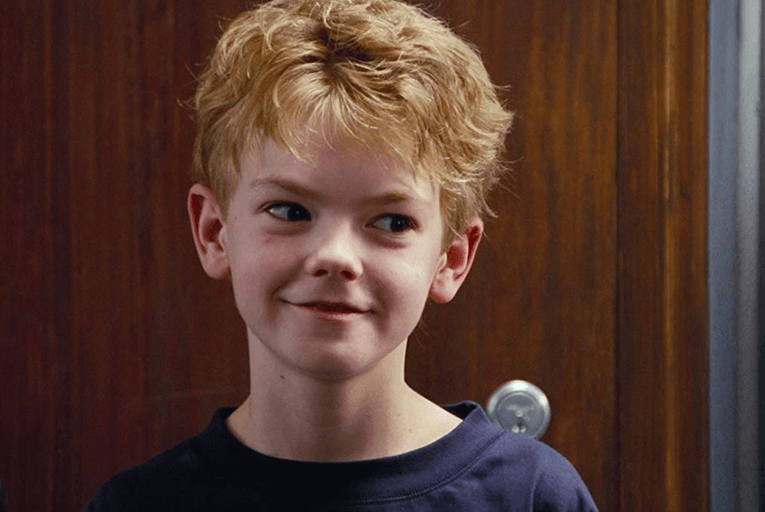 When he turns 17, Sam will be eager to get out onto the road. Graciously, his Dad will take him on driving lessons that end in the pair screaming at each other and one of them (usually Sam) walking home in a huff. He’ll eventually give up and hire a professional driving instructor, inevitably falling in love with her despite their 30-year age gap. They will wed in the spring and joke about how transportation “drove” them together. 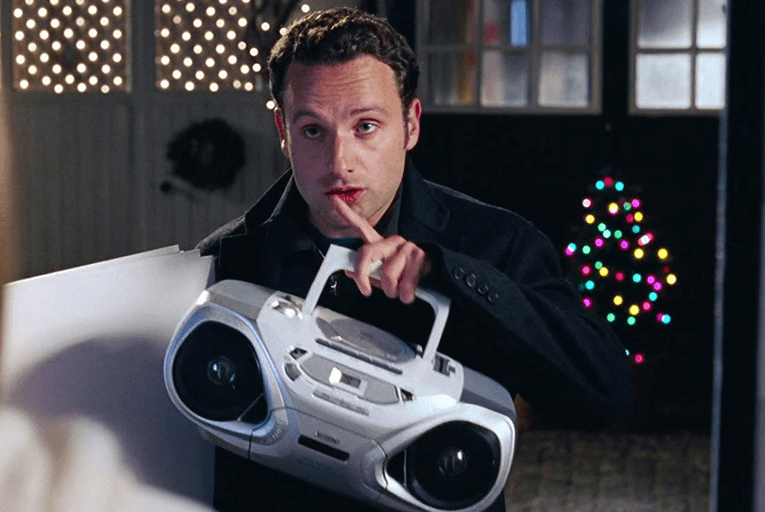 Loudly proud of his Smart car, Mark whizzes all over town in his eco-savvy vehicle. He can go anywhere, with anyone, as long as it’s no more than one other person because the car is only a two-seater. Mark drives cautiously alone, but acts brave when there’s a passenger. He tailors specific playlists for each journey despite refusing to pander to anyone else’s musical interests. It’s back-to-back mid-90s disco pop, or nothing at all. The bluetooth speaker connection never disconnects from Mark’s phone, ever. So don’t even try. 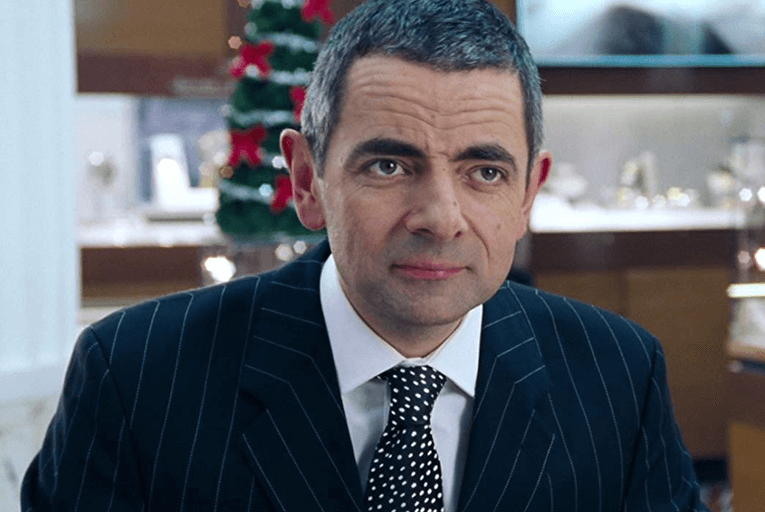 Ever the perfectionist, Rufus’ car is pristine. You’ll struggle to find anything other than a gentle smell of lavender in his car, because chaos clouds his ability to thrive. Rufus always adds ten extra minutes to every journey because he refuses to be late for anything. His indicator signals on roundabouts are flawless, as is his ability to parallel park on a busy street. Rufus may drive a modest Fiat Cinquecento, but he treats it like a precious chariot that’s fit for a king. 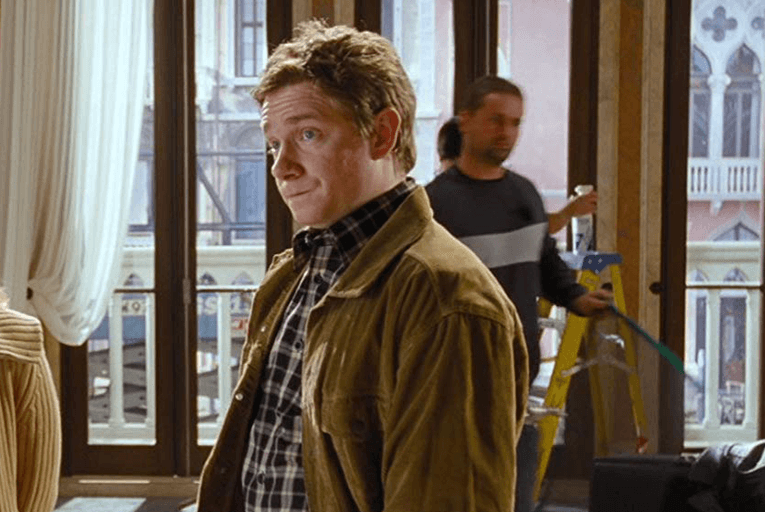 Due to the nature of his work, John finds himself driving a lot. For that, he requires a reliable car, but also one that makes him seem cool. Naturally, his Vauxhall Corsa does exactly that. His bumper sticker reads ‘Warning – the driver of this car is very handsome!’, but it’s from a previous owner, John assures people. “I can’t peel it off without chipping the paint. I don’t even think I’m that good looking, honestly”, he protests. He has coffee cups in his car that date back to the early 18th century. He once left the cup on set when he was an extra on Game of Thrones. “Probably went unnoticed, anyway”. 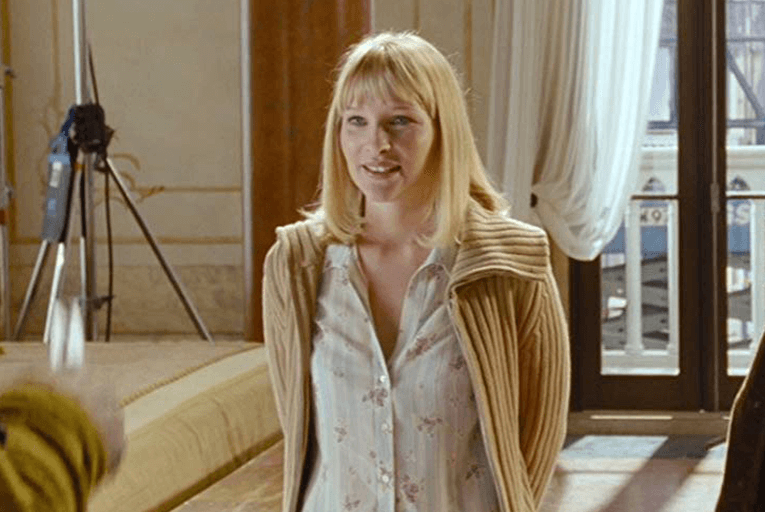 Workaholic Judy uses public transport as much as possible, partly for environment-related reasons, also because she’s trying to get her mileage down to save on car insurance costs. She’s saving for rent on a place in town where she can sell her homemade jewellery and trinkets. When she does take to the roads, Judy is a confident driver. She got full marks on her driving test and even stopped along the way to safely deliver a baby and save a kitten from a burning treehouse (two separate incidents). Her ‘new car smell’ air freshener addiction is getting a bit much, but that’s a problem for another day. 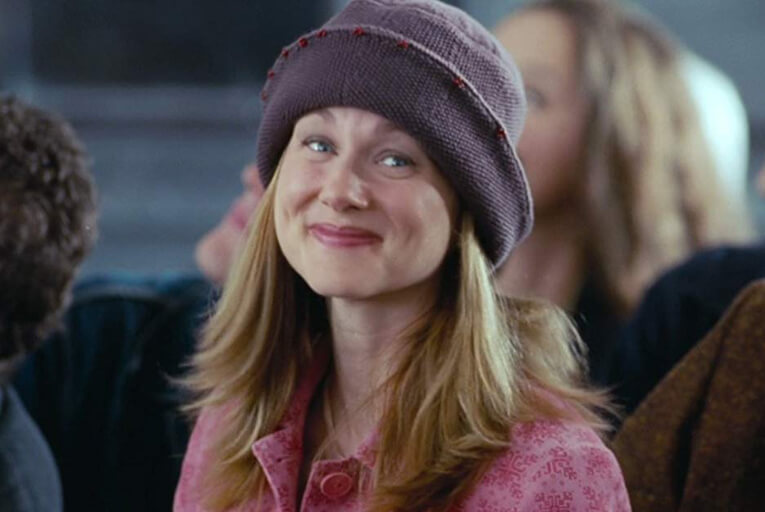 Eternally busy, Sarah drives like she’s on a deadline at all times. She likes to assume the role of the designated driver on nights out, but she’s got some bad driving habits and scolds anyone that dares to point them out. During her latest stint as DD, Sarah’s love interest from work asked if she ever shops around for car insurance. She slammed on the brakes and forced him to walk the rest of the way home. “I like my insurance company. I’ve been with them for 19 years. They feel familiar and safe”, she argued. Karl shouted “That’s how they get you” gently into the abyss as Sarah sped off into the night. She’s being drastically overcharged, but it’s no good trying to tell her that.

Which character should we trust to chauffeur us around then?

I reckon some of the Love Actually characters aren’t too bad at driving, actually. They’re just trying to muddle their way through this mayhem that we call ‘life’, just like you and I.

If I had to get a lift with one of them though, it would be Emma Thompson’s character, Karen. She’s going through a rough time right now and could use some company, but she keeps good snacks in the glove box and that’s more than enough persuasion for me.

The worst driver to carpool with is future Sam. You can tell from the demonic look in his eyes that he likes the temperature way too low and can’t navigate car parks very well. Should the opportunity present itself, we must all avoid his passenger seat at all costs.

In search of a fairer kind of car insurance that you might Love, Actually? Get a quick quote fora pay-by-mile policy here.