We’ve analysed over 1.7 million customer car insurance quotes from comparison site MoneySuperMarket and found out that if you’re driving under the UK average mileage each year, you’ll overpay by a massive £180 more than those driving over 7,000.

Nearly 19.3 million UK drivers are potentially being overcharged for their cover because of this ‘low mileage penalty’ on traditional car insurance policies, meaning they’re actually paying more for driving less. Which doesn’t make a whole lot of sense.

You can read more data and analysis, and download a free copy of the full report here. 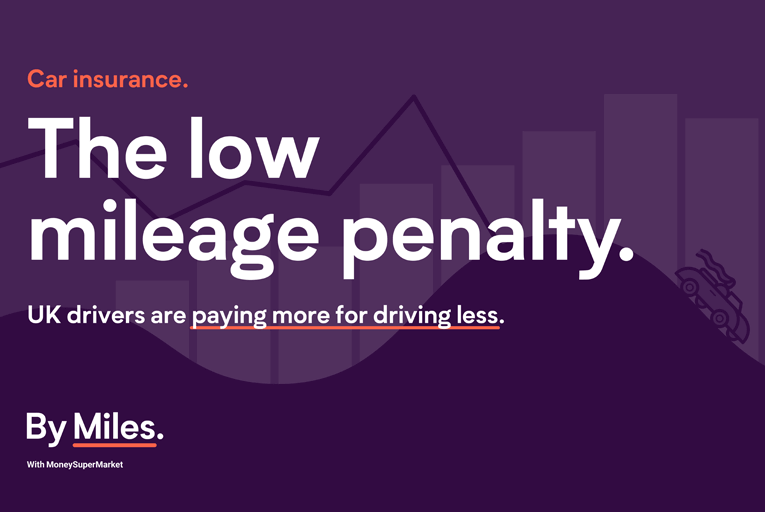 Key facts and figures we spotted in our research about car insurance for lower mileage drivers:

What is the low mileage penalty?

Traditional insurers will typically spread the cost of insurance across all of their customers, which means that lower mileage drivers often get a rough deal, and actually end up paying for higher mileage drivers’ risk – even though they’re not on the road as much themselves.

Now more than ever, drivers that aren’t on the road as much deserve to be paying less for their car insurance, not more. This penalty isn’t fair on lower mileage drivers, who should be rewarded for making the right choice and cutting down on their driving. After all, you’re far less likely to have an accident and make a claim if your car’s just sitting there parked up.

Low mileage drivers are being overcharged the most for car insurance. 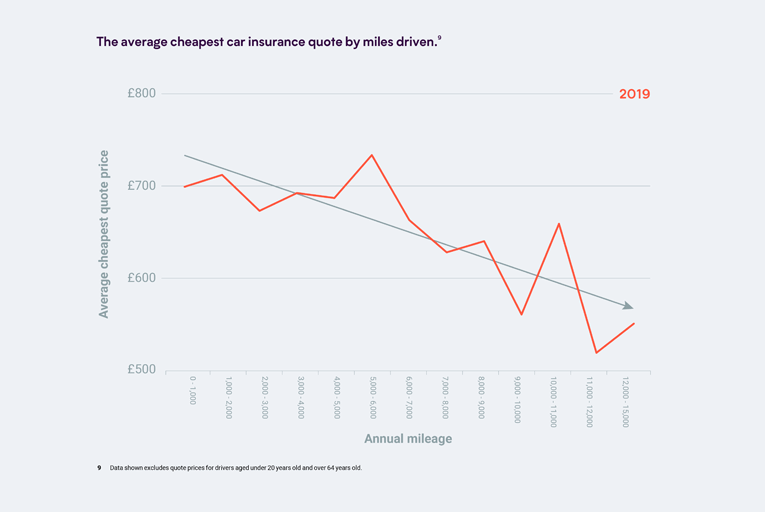 The most common estimated mileage bracket that UK drivers get quotes for is for driving 5,000 to 6,000 miles a year, and our research shows that these drivers could be overcharged as much as £215 when you compare them with drivers doing double their mileage.

Drivers doing 12,000 miles a year are 300% more likely to declare a claim, compared with motorists that say they drive 1,000 miles a year. But lower mileage drivers aren’t being rewarded financially for driving less. They’re being penalised for it.

When you look at driving experience, drivers aged 40-49 covering between 5,000 and 6,000 miles a year are paying £150 more for their car insurance compared with drivers doing double that mileage. This suggests that driving experience driving more mileage over the years actually has little financial benefit.

So, what can we do to stop this low mileage penalty?

We recommend that drivers always shop around when looking for car insurance. It’s important to feel like you’re getting a good deal, and one that fairly reflects your driving habits, whatever they may be.

We’re also calling on the Association of British Insurers (ABI) to put an end to the low mileage penalty. James Blackham, our CEO and co-founder, has written a letter to the Director General of the ABI, outlining why this penalty is unfair to lower mileage drivers, and recommending some positive steps all insurers should take to make car insurance fairer for lower mileage drivers.

We’re calling on the Association of British Insurers (ABI) to put an end to the low mileage penalty. James Blackham, our CEO and co-founder, has written a letter to the Director General of the ABI, outlining why this penalty is unfair to lower mileage drivers, and recommending some positive steps all insurers should take to make car insurance fairer for lower mileage drivers.

You can read the full letter here.

As a nation, we’re on a drive to lower carbon emissions and reducing car insurance costs for those that cut their mileage would be a strong incentive to reward and encourage positive changes in behaviour.”

Get a quick quote for a pay-by-mile policy by clicking here, and see if you could make a saving in under a minute.